Noriko Shindo is Japanese but has been brought up abroad before moving back to Japan. After transitioning to a plant-based diet and seeing the positive influence she had on some of her friends, she decided to start Veggino. Veggino is a bi-lingual non-for-profit website and group that aims to spread a plant-based lifestyle in Japan.

Noriko took part in our second edition of Conversations with Green Changemakers in Japan and you can find below, the player to listen to the full interview.

This podcast is also available to listen on Apple Podcast, Deezer and Spotify.

If you want to know more about plant-based diet in Japan and be inspired to try out some recipes, check out Veggino website. You can also find them on Facebook and Instagram.

Feel free to reach out to Noriko if you have any questions: noriko@veggino.jp.

How did you become aware of the climate change issue?

I think I’ve always known our consumption choices have some form of impact to the Earth from growing up in the U.K. There, I was exposed to such concepts through various school activities and event days where proceeds from a school event (such as a flea sale) would go to charities and organizations that were helping environmental or social issues in the world.

However, it was not until I transitioned to a fully plant-based lifestyle 3 years ago that I looked into the subject, only to realize the devastating situation of our planet today.

How did you start your ecological transition?

What is a plant-based diet?

The word “vegan” or Veganism as a movement came up in the 1940’s in U.K primarily as an act to boycott purchases that harmed or exploited animals. Today, many vegans have their reasons for becoming/staying vegan but as it is primarily a social act, you cannot be “partially vegan”.

On the contrary, while I believe that a 100% plant-based lifestyle is the best way to go for various reasons, I want to encourage more people to be “partially plant-based” rather than to encourage everyone to go all the way – a plant-based diet with a higher percentage of plant-only meals is also the single most effective way – yes, more than cutting flights, and using more public transportation – to stop and reverse climate change (backed also by science; see the study by Oxford University in 2018); so all the more reasons I think more people should try a plant-based diet to the extent they feel comfortable with.

How did you make the transition to a plant-based diet?

The bottom line was that I was curious as to how my body would feel on a 100% plant-based diet. So I tried it for 2 weeks and never looked back. I would love to say I started for the planet (or maybe for the animals), but for me it was curiosity that spurred the change.

I also never fully enjoyed eating meat (I had asked my mother many times when I was young whether I could become vegetarian), so it all came together quite nicely.

Veggino is a non-for-profit group that aims to help more people in Japan understand and try the plant-based lifestyle. We primarily focus on sharing information based on facts, as well as recipes that are easy to make with regular ingredients you can find at a Japanese supermarket. We also do events in the form of meet-ups or lunch & learns to encourage more dialogue about the subject.
We are also happy to provide consultation to individuals who are considering a plant-based life.

How and why did you start Veggino?

Veggino was inspired by the fact that my mother and friend Jad (also a co-founder now) tried and stayed plant-based after hearing and seeing the way I live. Curiosity spurred me, and in turn curiosity spurred them just by my act of sharing the food, the fun I was having, and the benefits of choosing to live this way. I realized if I could do the same influencing through the internet, and make it easy for those curious folks who wanted the right friend to tell them the right (reliable) information, we would see more people trying a plant-based life.

Check out Noriko top tips to move to a plant-based diet in Japan.

How do you think a plant-based lifestyle can have a positive impact on the environment?

At this point, sadly I don’t think we are capable of creating positive impact – only minimizing the negative impact. Bearing that in mind, I do believe going plant-based is the single most effective way to minimize our impact on the environment.

First, even on a conservative level, as of 2005 overall greenhouse gases (GHG) released by the livestock industry accounted for 14.5% (see here for full report from FAO of the UN) with the biggest contributors being the beef and milk industries at 51% of GHG released from the livestock industry due to a) the amount of gases released from the animals, and b) the toxicity of these gases. Methane gas (21 times that of carbon dioxide), and Nitrous Oxide (296 time that of carbon dioxide!) stay a lot longer in the air and are more effective than carbon dioxide for trapping heat in the air. Some say livestock could be contributing to as much as a quarter of all GHG in the world.

Then, there is water (more than 70% of freshwater withdrawal) and land (40% of Earth’s land surface) consumption associated with the livestock industry (See here for full report by Clark and Tilman).

By not consuming such products, we can do a lot more than by cutting our air-flight, eating local produce, or taking more public transport.

What are the health benefits of moving to a plant-based lifestyle?

Lower cholesterol (only animal products have cholesterol), lower chance of coronary diseases or cancer, better gut health (and stronger immune system), and almost no hormonal imbalances. There is the caveat that this is all if you are on a whole-foods plant-based diet (a diet that is 100% plant-based, using only whole-foods that are not processed).

If you decide to go plant-based, but eat refined and/or processed foods, not all these benefits will apply. It’s still marginally better than refined animal-based foods though!

How do you think moving to a plant-based diet can help with the COVID-19 crisis?

It won’t help much with COVID-19 I am afraid, but it can potentially mitigate the onset of the next pandemic. Diseases that have impacted our world significantly in the past few decades are all animal-derived and while none have (yet) originated from farmed animals, farm animals have played a significant role in being the main carrier between the origin (e.g., bats) and humans.

Many scientists including Dr. Greger, the author of the great book How not to die, are vocally stating that unless actions are taken to a) change the current factory farming ways, and/or b) change our diets away from an animal-dependent one, we are looking at the next pandemic to (possibly) rise directly from livestock farms. Even well-established media such as the Guardian in the U.K recently published an article that calls for a serious rethink on factory farming; “Individually, we must stop eating animal products. Collectively, we must transform the global food system and work toward ending animal agriculture and rewilding much of the world.” If you acknowledge there is a climate crisis, there is no excuse to talk yourself out of consuming less/zero animal products.

In your opinion, what are the main issues with today’s global meat and dairy industry? What about fishing?

As mentioned before, the environmental issues for the global meat and dairy industries are the most un-debatable (and serious) ones – where if no action is taken, it will definitely cause a rapid deterioration of our only planet, and taking action will cause a definite reversal or slow-down of the climate issue we face today.

There is also the aspect that science is uncovering more about the animals themselves – where it is now clear that farmed species are capable of feeling fear, stress, pain, and loss. However, today’s factory farming conditions mean that these sentient beings are being treated as “commodities”; living in cramped, dark, unhygienic spaces with little or zero consideration for their wellbeing. As sentient beings ourselves, ignoring animal welfare is also fast becoming one of the main issues of these industries (by the way, the egg industry is also no different).

As for the fishing industry, while it is not directly the biggest culprit for global warming, it is a direct culprit for the destruction of the marine ecosystem. As more companies and fisheries go after higher efficiency, the fishing methods of today result in over-fishing of certain species, un-necessary killing of by-catch (ones caught by accident), both of which destroy the marine ecosystem’s balance of biodiversity.

The other main issue with fishing is that a lot of the fishing nets are often left behind in the seas, killing fish and other marine life (turtles, gulls, dolphins), as well as the corals on the sea-bed. While you may be switching your plastic straws and bags for cleaner oceans, the effort will only save a few % of the total plastic waste in the sea. Cut eating fish, and you could save up to 40% of the total plastic waste in our seas!

Is plant-based diet becoming more and more popular in Japan?

Yes! Happily so. Now there are a few celebrities who are sharing their plant-based diets (Asami Mizukawa, Rola, Chiemi Blouson, to name a few) which may have also helped.

What is the best thing about having a plant-based diet?

Aside from feeling great, I take great solace in the fact that I am making better choices than I used to for our only planet.

I also love to cook and eat, which means more opportunities to get creative in the kitchen! Who would have thought my gyoza and melty cheese pizzas would be a staple in the house 3 years ago. Yes, melty cheese, you read that right.

There are various reasons why I turned plant-based, and stay that way – some of which we touched upon today – but day to day, I enjoy it so much that I can’t think of an alternative choice any more.

What resources would you recommend?

Books (available in English and Japanese): 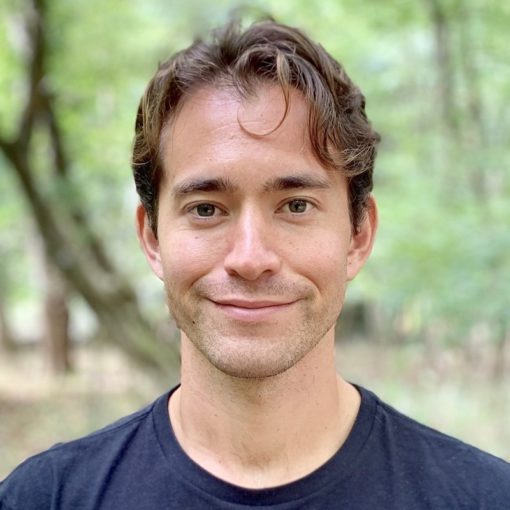 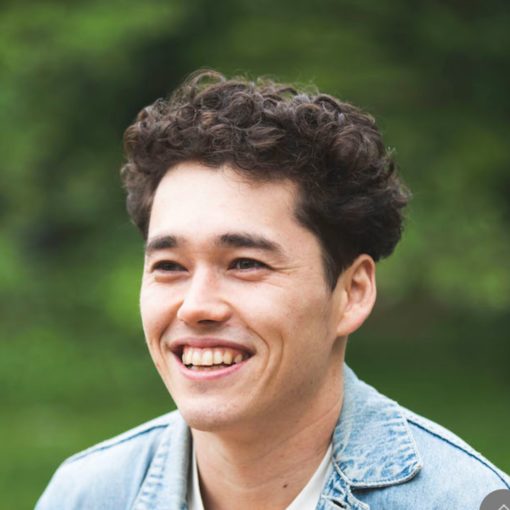 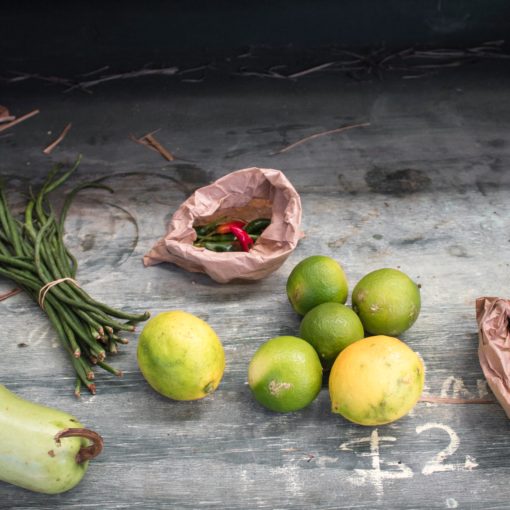 Although organic products are not yet as popular in Japan as in some other countries, there are several different channels where you can buy some organic fruits and vegetables. 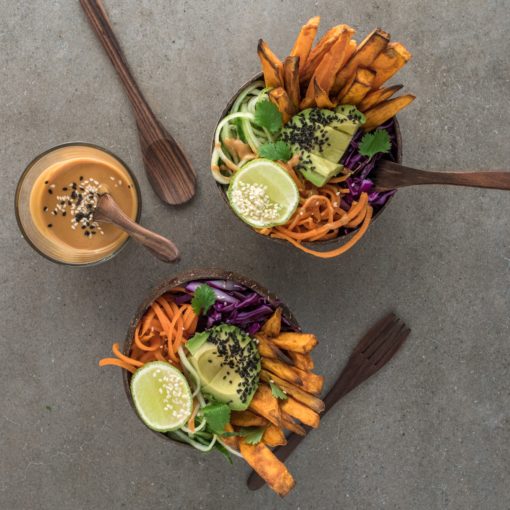